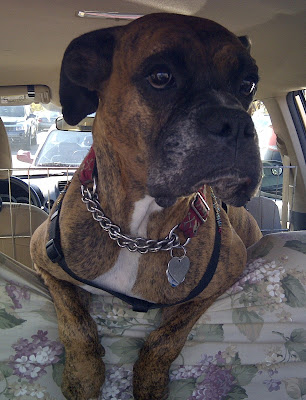 I would have to say yes – dogs have an intelligence that exceeds and defies many modern day humans…and within this concept resides the real key to understanding and training your dog...

Base and Refined Intelligence - Humans & Dogs

The First Intelligence, as I see it operates in the absence of refined thought. This form of intelligence has its foundation in base instinct and inherited traits.

Your inherited traits determine your pre-disposition to be:
So how can that effect your intelligence? Well for example...
Base instinct can be seen in the behaviour of individual human beings and in the collective behaviour of multiple human beings. For example:
The trigger to this behaviour may be an event at which sudden violence, unfulfilled expectation or fulfilled expectation – i.e.  team win at a sporting event, political success or failure at an election count, occurs.


Non-Human Animals have much to teach mankind about being better beings.

I always find it interesting but profoundly sad and indicative of our true intelligence that humans must have one term for human behaviour and another for non-human behaviour – though the ‘behaviour’ exhibited may be the same regardless of the type of animal (human or non-human).

The first type of intelligence present in mankind is firmly grounded in basic, raw survival instinct and when not combined with refined instinct (see further below) becomes a mentality that is exclusively:

I never use the terms ‘dumb as a cow’, ‘you follow like a sheep’ etc. Simply because the behaviours in animals, that are so despised by humans are practiced by humans on a daily basis. So the behaviour is, as I see it - just as human in nature as it may be ‘sheep like’ or ‘cow like’. I, like a dog do not enjoy hypocrisy so  I consciously and spiritually choose (and endevour) not to be dismissive of non-human animals

Humans are animals and behave like animals – and that is in accordance with nature and natural base instinct. This is a very important concept that when tossed aside, due to human hubris:
To bring this particular concept back to the human-dog relationship, one only needs to cite Pit Bulls, Bully breeds and Breed Specific Legislation (BSL) in North America or as it is known in the UK - Dangerous Dogs Act (DDA);

I am a firm believer that dogs have all of the emotions that humans have – with one exception, cruelty. Cruelty is not a canine trait – it is a human trait which humans also share with some species of primates.

The Second Intelligence is refined intelligence – which consists of base and refined instinct -  instinct that has been layered and cultured with:
When a human seeks to:
When a human approaches their relationship with another being using this type of intelligence: The human is enabled to see, learn and employ respect;
As John Lubbock said “What we see depends mainly on what we look for”

It is only by adhering to unrestrained, unconsidered narrow perspective that a human can carry the expectation that in order to ‘train’ a dog:
When, in fact all the human needed to do was adopt the same sense of self-awareness, self discipline and communication skills employed by a well adjusted dog.

As Bernard Shaw so wisely said:
"The single biggest problem in communication is the illusion that it has taken place"

The Ability To Communicate Effectively

If you are not perceptive and are not a particularly good communicator your ability to understand others can be seriously and adversely effected.
Take a look at the following list, it describes (in point form) many of the ways that dogs perceive and communicate.
If you only understand or are aware of communication in terms of voice you are a less  intelligent communicator than your dog is.

And Then There is Heightened Sensitivity, Another Layer of Intelligence...

It is my very firm belief - proven by the work that I do with such dogs - that dogs that are being diagnosed (by allopathic veterinarians) as ADHD are in fact not ADHD - they are instead HSDs.

So is your dog an HSD?

If he/she is, heightened sensitivity is often a sign of great intelligence and can be a real asset - when understood and leveraged the right way - read all about HSDs here.

Can lack of consideration in taking into account social and cultural norms affect your intelligence? Yes, because it can effect your judgement, your approach and your understanding of a situation.

Here is an example:
How is this relevant to the dog-human relationship?

A dog's natural method of greeting starts with the nose and not (as many humans insist on doing) invading immediate personal space with frenzied pats and high pitched voices. Invasion of personal space and lack of consideration in when and how we touch another being (human or canine)shows little attention to forethought, respect and for that matter intelligence.

Humans set their children up from a very young age to have limited intelligence when it comes to respecting and understanding a dog. Take a look at this and see if any of this sounds familiar to you.

The question I would pose to you is how does a human reflect a high level of intelligence when that human adamantly insists on greeting a dog in a manner that is disrespectful to a dog?

Would you go up to someone from another culture and greet them in a manner that was destabilizing or threatening to them? No, not if you were employing your intelligence.

Is it a reflection of ignorance, entitlement and lack of common sense? It seems to me that that mankind has a long standing notion that all other species on this earth are:
Its just my opinion, but as far as I am concerned, mankind's long term attitude is not reflective of a truly intelligent species.

Dogs Have Many Similarities to Humans?

What happens if every time a child does something that is normal, polite, respectful - you give that child a treat? That child learns an altered state of normal...'for every normal thing I do in life I must be rewarded with a material thing (food, toy, etc.)'. Should the parent put this type of reward-based system in place, that child will become a mal-adjusted human being, who will likely also be overweight and have bad teeth. And what do you do if you are out with the child and forget to bring treats, you are not near s store , yet you need the child to 'behave themselves'. You will have a non-complaint, un-coperative little person on your hands.

And what happens when that person enters school and later then workforce - it will be difficult for that person to cope with real normal.

It is the same for a dog. A dog does not require treats as an incentive to perform a normal, social skill - adult dogs do not give puppy's treats..the adult dog simply provides the puppy with clear, respectful direction. The puppy complies. It is only when the human is an uninformed communicator that treats are required to get a puppy to comply to normal behaviour.

For me, personally - as I wrote on the ‘Tales Page’ of my website some years ago…
“I recognize that I know a little about many things and everything about nothing. It is this realization that inspires me to learn at every opportunity, every day”

Dogs are amazing – you just have to forget many of the human conceits you have learned about dogs and instead do what I do, what I teach my clients to do and as Edward Hogland so perfectly expressed…

“In order to really enjoy a dog, one dosen’t merely try to train him to be semi-human. The point of it is to open oneself up to the possibility of becoming partly dog.”

To correct a dogs 'behaviour' you must:
A dog's behavioural issues start with a gap in psychological fulfillment, so for example the dog has been asking for direction and the human either has never seen ‘the ask’, does not understand ‘the ask’, or answers the ‘ask’ the wrong way.  The lack of psychological fulfilment then results in a physical reaction to the situation where the ‘ask was not satisfied with a logical, well adjusted, properly aligned, directive response. The problem does not reside in the dog but, instead in the human's inability to understand how to properly communicate. In addition to all that was discussed above, some dogs just like some people are hypersensitive. Dogs that are hypersensitive are even more adversely affected by poor communication on the part of their humans.

Take a quick read here and you will find an example of the great intelligence of dogs - sure to make you smile.

And with that I leave you to ponder the true intelligence of man v.s. dog.

Article and graphics by Karen Rosenfeld
on March 23, 2013 3 comments: