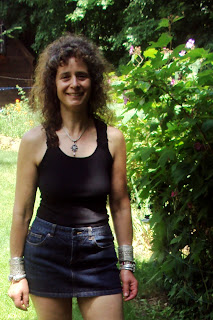 I offer a full range of in-home dog training and puppy training socialization sessions for:
Whether you live in the Ottawa, Ontario - Gatineau, Quebec region or are just visiting  the Ottawa Area, my services are available to you...


Having a difficult time dealing with your puppy’s or dog’s behavior?


Is your puppy or dog experiencing:
You need…


Insecurity is the #1 cause of aggression, anxiety and/or obsessive compulsive behavior in dogs. The most effective way to deal with these undesirable, harmful behaviors is to address them in a manner that respects the true intelligence, sensitivity and nature of a dog.

In its natural state a dog would learn social grace and life-skills from his/her adult canine family. However we humans interrupt that process of learning when we separate the puppy – at a young age, from its canine family. In addition, historically dogs had to work to survive – in order to eat a dog had to hunt. Work in the form of the hunt provided both mental and physical exercise. 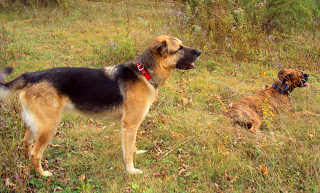 While the present day canine is primarily a companion animal – both physical and mental stimulation remain an essential need of the dog, as is structure and the presence of one who can be the dog's coach and mentor... 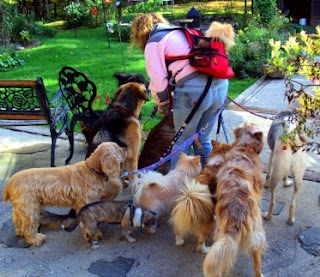 Access to true leadership is essential for a dog's overall well being...

In the absence of opportunity to learn life and social skills from other dogs, the role of coach and mentor becomes the humans responsibility but:
When a puppy, teenage, adult or senior dog begins to acquire undesirable, unhealthy behaviors the root cause is almost always human error.

Failure of this nature is comprised of multiple elements, but the main cause is a lack of understanding of the true nature, intelligence and sensitivity of a dog. 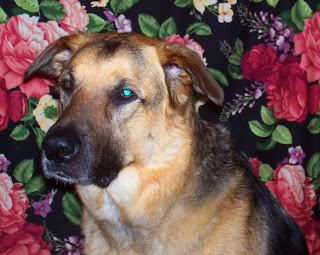 Lack of Understanding is Really the #1 Critical Failure.

This can be categorized into two major elements as follows:
Within these two elements many sub-elements co-exist and also great opportunity to leverage success or to create failure.

Dogs and mankind are very similar as both species require the same basic building blocks in order to evolve as happy, well-adjusted individuals. A human who lacks the guidance of a good role model, who does not have access to calm, considered, communicative mentoring, who is devoid of constructive physical and mental stimulation, who instead is flooded with stimulants that create excitement and constant emotion, who has not been fairly taught rules – that human becomes very unstable…and so too for a dog. Being in a compromised state becomes the norm – an altered state of normal becomes reality. Traumatic incidents can also trigger instability – however if the proper support is available the trauma can be not only lessened but reversed.

Dogs are excellent and very aware communicators – a human that has not been trained to be an aware and insightful communicator can inadvertently and unknowingly create insecurity in their dog.

I have yet to work with a client who has not been the creator or (in the case of an adopted-rescue dog) the magnifier of their dog’s unbalanced state of being. Imagine if you are not consciously aware of all of the ways in which humans communicate, if you do not understand all of the ways in which a dog communicates – this lack of knowledge places both you and your dog at a great disadvantage.

Each dog is a unique being, an individual. And just like humans each individual dog has its own distinct combination of personal attributes, pre-dispositions of various qualities – some desirable and some not.

When a human is not aware of how they enable the less desirable pre-dispositions of their  dog (i.e. anxiousness), the human inadvertently enables the development of that undesirable trait. In addition – each dog, like every human being is an individual with his/her own unique combination of acquired traits. 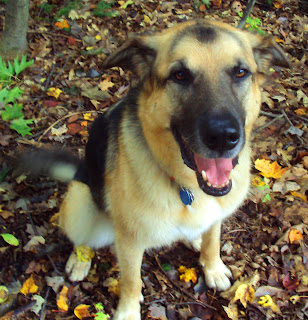 When Un-Healthy Behaviour Develops:
When a dog or human is in a state of prolonged or constant stress (aggression, anxiety, obsession are all stressors) the immune system may become suppressed thus placing the physical body under additional strain. When an unbalanced diet, poor or inappropriate food stuffs (i.e. grains, sugars, trans fats, food colouring, etc.) are combined with acquired toxic load both body and optimal brain function is further compromised.

The Dog is Not Bad, he Is Instead Misunderstood and Misdirected...

Having read the above you can start to understand that unwanted and unbalanced behaviours do not occur because the dog is bad, nor because the dog is of a certain breed…i.e. a Pit Bull. Did you know that Pitbulls were breed to be non-aggressive towards humans? It’s true – aggression is not breed specific…nor is it hard-wired into a dog. Aggression, anxiety, insecurity and obsession are primarily acquired, encouraged (either inadvertently or intentionally) behaviors. 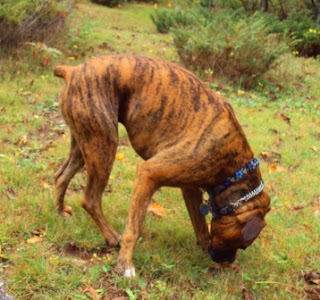 Inadvertently many people fail in the roll of coach and mentor as the direction provided to the dog has serious fail points, for example, the direction provided:
Consistency is required in all its nuances and is not defined as a singular entity – i.e. the fact that you always tell your dog to ‘stop’ does not qualify as constructive, effective directive consistency. Direction must be 100% free of contradiction; must consider and leverage the great intelligence of a dog and should incorporate the communication techniques most commonly employed by dogs.

When a dog ‘misbehaves’ the dog does so simply because it has not been taught another way to navigate thru the situation. In addition, when a dog does not have structure or protocols for dealing with low intensity situations the dog will have little to no opportunity to behave in an acceptable manner in medium to high intensity situations. 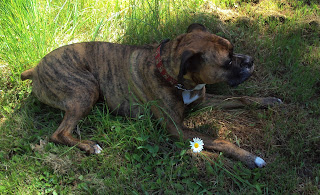 Approximately 50% of my client's have had their dog(s) since it was a puppy - the other 50% acquired their dog(s) past puppy-hood - i.e. a teenage, adult or senior dog. 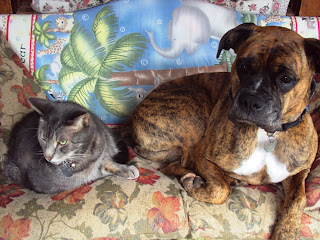 Many of the people that become my clients come to me after experiencing the trauma and hurt of dismissive pronouncements on their dog’s ability to evolve past unwanted behaviors. Many have been told to get their dogs medicated or to euthanize the dog. These people have gone to trainers and behaviorists who have used either dominating tactics (pinch collars, e-collars, dragging, forcing and yes kicking the dog, etc.) or reward-based treat techniques…neither of these approaches honors the intelligence of a dog. You do not have to ‘break’ a dog to get it to 'behave well' nor do you have to constantly shower the dog with treats and praise. A dog knows when a human is proud of him/her. 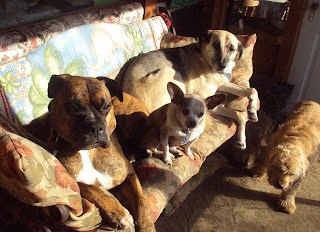 Dogs do have memories, they do associate feelings, outcomes, states-of-being with inanimate, animate objects and locations but a dog does not hold a grudge like a human does…hence the saying ‘dogs live in the moment’. What does that mean? Well basically because dogs do not hold grudges dogs are able to accept a new way of approaching and viewing a situation, thing or location. This is fundamental to understanding a dog’s ability and enduring willingness to adopt a new behavior. From this also arises the importance of teaching a dog to deal with a situation rather than – as many humans seek to do – avoid the situation. Confidence cannot be gained by avoidance it can only be attained by learning how to safely, comfortably and effectively cope with situations in a balanced ‘normal’ way. 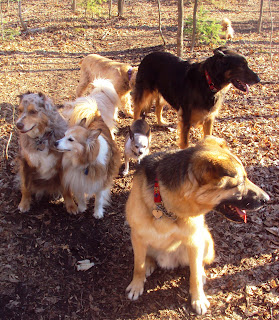 We humans have a wonderful opportunity to learn to use these more effective forms of communication - for the benefit of our dog and ourselves and this is the basis for my success in working with dogs and their people.

Did you know that dogs are better communicators than most people? – I teach you how to be a better communicator…
Each dog is an individual with its own unique personality and it is for this reason that a standardized inflexible approach can and does so often lead to failure. I believe that when a trainer fails to help a dog it is not the dog that is at fault - but instead the failure is a reflection of the limited abilities of the trainer. A large percentage of the dogs that I work with have been subjected to the standardized approach adopted by many trainers and behaviorists - not only do the methods prove to be ineffective they also prove to further damage the dog. As a result my task - to bring the dog back to a state of normal, may be made considerably  more difficult.
It is my fundamental belief that Edward Hogland got it right when he said
"In order to really enjoy a dog, one doesn't merely try to train him to be semi-human. The point of it is to open oneself to the possibility of becoming part dog"

Given that dogs are actually better communicators than most people - dogs have much to teach mankind...the lessons I have learned are invaluable and when you work with me it is part and parcel of the value that I pass on to you and your dog. What you learn from me will not only help your dog, it will help you in every aspect of your life. 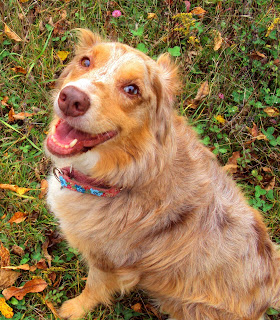 Article and graphics by Karen Rosenfeld
on November 08, 2012 No comments: