ALL ABOUT PIT BULLS


First, Did you Know…

A Pit Bull is not a breed of dog, instead it is a term used to generally describe individual breeds of dogs that all have similar characteristics, the most common of which are... 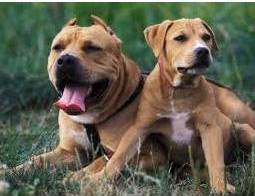 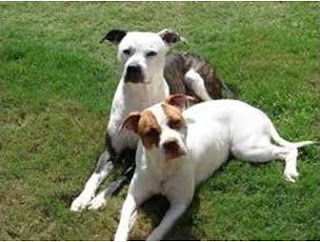 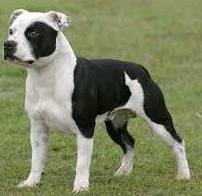 If you would like to further test your ability to identify a Pit Bull you can click here.

There are many other breeds that fall into the 'Bully Breed' class - for example the Bulldog, Bull Mastiff, Boxer, Boston Terrier, French Bulldog, Olde English Bulldog and more!

The Pit Bull breeds were originally developed during the 19th century by crossing Bull Dogs and Terriers. Breeding focused on attaining characteristics to attain a good ‘fighting’ dog (if indeed that can be good at all - to me it is shameful that any human would want to use dogs to fight each other or another animal for human entertainment and monetary gain). To this purpose breeding was tailored to develop traits that were desirable in a fighting dog. Traits such as…

- High tolerance for pain (this just makes me very sad);

- High prey drive (like many dogs such as hounds);

- Strength and agility (like many dogs such as the German Shepherd and Boxer).


Despite the fact that many people today - upon hearing the word ‘Pit Bull’ immediately think of aggression towards humans - this was one trait that the three breeds did not have…and that this till holds true for Pit Bulls of today. Back in the 19th century Pit Bulls were family ‘pets’ and pre-fight / during the fight they required a lot of handling by their humans - so reactive-aggressive behaviour to humans was not bred into the Pit Bull. And as to Bully Breeds being more aggressive than other breeds of dogs...in 2002, the Center for Disease Control (CDC) in Atlanta Georgia carried out a study that proved there are no specific dog breeds that are inherently viscous.

Some people believe also believe that  Bully Breeds have superior jaw strength enabling them to lock down on a victim like no other dog can. In 2005, National Geographic conducted a study to measure the bite force of various breeds of dogs. The bite force of the Bully Breeds proved to be less than that of other breeds such as the German Shepherd and the Rottweiler...and both of these breeds are no less likely to be great companions than the bully and other breeds!

The term 'Pit Bull' originated in England. During the Medieval period of the 1200's, bull baiting arrived in England - bull dogs were used to bait the bulls. Both bull and bear bating were a popular form of 'entertainment' considered as a sport and opportunity for gambling. In the 1800's Bull Dogs were breed with Terriers to create a faster more agile dog for bull baiting events. In 1835, both bear and bull baiting were prohibited when an act was passed in Parliament to stop the brutal sport. Unfortunately, today there are many places in the world were dog fighting still occurs legally and illegally. Pit Bull's are used both as bate and fighting dogs - having no choice but to participate they are cruelly treated, live a short life of pain and suffering all for the entertainment of humans. I am often struck by the thought that humans have advanced very little over the ages.

Today, Pit Bulls are probably the most feared and legislated-against (restricted and banned) dog in the world. Yet, in locations were they are not so treated, Pit Bulls are well known and loved family pets who not only get along with children but with other animals. They also excel at Agility, Fly Ball, Soccer and other such activities. Many Pit Bulls also work as Registered Therapy Dogs and other occupations such as Search and Rescue.

So how did the Pit Bull get such a bad rap?

Well, years ago it was the Rottweiler, the Doberman, the German Shepherd, the Boxer and the list goes on. All it takes is one incident and the media’s quest to sell their copy fuels the fire. The media knows humanity’s lust for blood and sensationalism and the media will get as much mileage out of a story as it can. The end result - the populace shifts their fear from one breed to another. And the more stories that can be found the bigger the stigma grows.


It really is that simple.

The sad thing is that most people do not even know what a Pit Bull really looks like and most reported ‘Pit Bull’ attacks - at least eight out of ten are not actually Pit Bulls!

Think about this statistic…in 2006, an estimated 72 million dogs lived in households in the U.S. (U.S. Pet Ownership & Demographics Sourcebook (2007 Edition) How many of these dogs are purebred, pedigreed, and registered, less than you might think - the very liberal estimate is maybe 25%. So 75% of the dogs in North America are not purebred. Further supporting the fact that most dogs attacks reported as being perpetrated by Pit Bulls simply are not.

Overall fatal incidents from dog attacks in general are extremely rare. About 75 million dogs reside in the US today. About 32 fatal dog attacks occur each year. To better understand how out-of-kilter most people’s concept of dog attacks are take a look at purely human attack fatalities. The human population of the US is about 300 million (4x the dog population). Humans in the US murdered 16,000 humans (500x the number of dog-related deaths).

So one the whole, not only are dogs much less dangerous to humans than humans are, but the number of actual Pit Bull related attacks are extremely low. Here is a great bit of information to put things in a little more perspective…

In 2002 the American Temperament Testing Society statistics showed that American Pit Bull Terriers, American Staffordshire Terriers (both ‘Pit Bull breeds’) and Rotweillers passed the good temperament test +80% of the time. A very high passing grade! Other common family dogs did not fare as well. For example Golden Retreivers and Bichon Frise received a 77% rating, Chihuahuas and Lhasa Apsos received 71% (you can view the test results at the American Temperament Test Society .

Recently the American Temperament Testing Society carried out another round of tests - pit bull terriers received a very high passing rate of 90.6%. The average pass rate for the other 121 breeds tested was 77%. The tests involve putting each dog through a series of unexpected situations - including involvement with strangers. Pit bulls have been proven - once again NOT to be inherently aggressive. Aggression in an individual dog, any breed - is a result of acquired behavior - forced on the dog by a human.

So, How About Taking a Look at Just How Sweet Pit Bulls Really Are…

Well, you can start with this Yes, Pit Bulls Suddenly Snap;

And then take a look at this Gentleman Duke - A bait Dog’s Salvation;

And lastly this Pit Bull Bigotry - Public Perception and Legislation.

For those of you who are not sure what a bait dog is - Pit Bulls are still used to day in legal (in some US States) and illegal (in other US States and Canada) dog fights. To train the dogs to attack another dog ‘bait’ dogs are used. Dogs that are submissive, sweet natured dogs are used as bait dogs. They end up severely injured, live a short life of torture and pain and then are killed - some are lucky enough to be rescued. Duke is one such dog.

So, the next time some one says something bad about a Pit Bull, I am hoping you will stand-up and say - ‘hey wait a minute, you are wrong and here is why’.

I will be following this article up with one on Breed Specific Legislation - which sees a lot of Pit Bulls condemned to death in Canada and the USA.

One Last Thing - You Can Help Pit Bulls In Ontario

If you agree Pit Bulls are not the evil demons that the media and others have made them out to be, and would like to see them treated as they should be in Ontario - as loved and respected canine members of society -  you can help make sure that the ban on Pit Bulls is repealed by signing this petition. You may not be aware but (shame) Ontario is one of those places that instituted Breed Specific Legislation against Pit Bulls.

Breed-specific legislation restricts people from having dogs based on dog breed. This requires breed identification of each and every dog. As noted above, this gets into murky water as there are far more cross breed dogs in North America than there are pure breed registered dogs. Most mixed breed dogs are a genetic conglomerate resulting from more than one generation of mixed breed dog interbreeding. In addition, a dog that doesn’t meet any single breed standard may be categorized as a type of dog rather than a specific breed, i.e. a Shepherd, a Terrier, a Pit Bull. This means that the primary means of identification for a mixed-breed dog is a visual glance followed by a guess - very subjective. Pretty much the same way the media identifies a ‘Pit Bull’ as the guilty dog in an attack.

Ontario Attorney General Michael Bryant, who pushed for this ban on Pit Bulls in Ontario, proposed this manner of identification:


And so it stands. Make no mistake BSL is racism, to make things worse it is racism born of ignorance and it is lethal. Many Pit Bulls and dogs who people think may be Pit Bulls are put to death because of this legislation. Euthanized, gassed to death, heart sticked and so on.

So here is how you can help…

Randy Hillier, MPP for Lanark-Frontenac-Lennox and Addington, tabled a bill in Queen's Park to repeal the breed-specific legislation passed by the McGuinty government in 2005, commonly known as the “pit bull ban”. Subsequently Randy created a website and a petition to help support the bill to repeal the ban, just click here .


Thanks for reading this, every little bit we do to help change the perception of Pit Bulls can save a sweet misunderstood dog’s life! We can change the future and make it a better place for dogs.